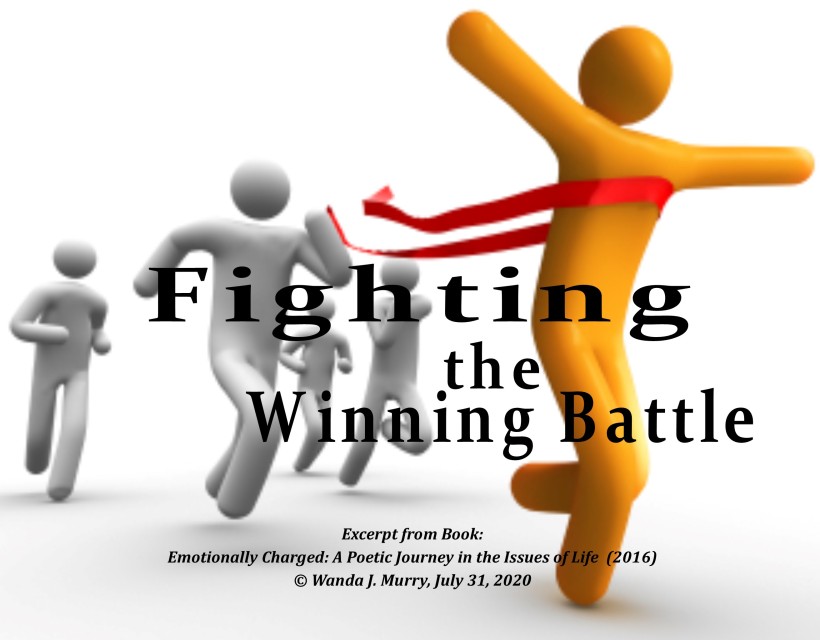 the battle is real, but so is victory

Going into the Army after graduating from Wyandotte High School (KCK) was one of the best decisions in my life. Much of what I learned was not only applicable to military standards but living in general. The physical training not only strengthened the body but taught endurance. The weapons training focused on setting your sight on a target and aiming with precision to hit your mark. The buddy system trained me to work with a partner to cover each other.

But the training that sticks most with me today is observing and identifying an enemy. Learning this skill has saved my life many times. It’s kept me from being pulled into the rabbit hole of depression. It has taught me not to put all of my trust in people; to, in fact, only share portions of the inner me until a person proves themselves to be trustworthy of the depths of me.

Even more so, it has equipped me to stay alert to the wiles of the devil. To recognize subtle signs of potential traps that he is setting up for me. It is one of the reasons I stopped watching television (news, programs, etc.). For a person like me, keeping my inner man free of bleak or wicked images and ideas helps me avoid being overwhelmed with sorrows. It reminds me that life is a journey, and to practice the following daily:

Never underestimate the schemes of your enemy nor be emotionally hijacked into forgetting the power of the Savior.

I wrote the below poem in my 30s when it finally dawned on me that I didn’t have to fight my battles alone. I had to train my mind to function from a place of victory instead of defeat, and you can trains yours too.

I hope you enjoy the poem!

I had to stop lying to me

Because it affected what my eyes see

It hindered my forward progress

Keeping me bound in mental regress

All the pain, the fear and doubt stayed

My maturity level was being delayed

And, the hope and love that had started

Was constantly being pushed and retarded

To an already unsteady and unhealthy gait

The mind was in continual commotion

God’s Spirit has been a part of my life

Since I married Christ and became his wife

Yet, my old lovers kept pulling me back

Forever pouncing with the newest attack

I grew tired and weary from being battled

At times succumbing, my faith being rattled

Yet, I hate losing the war that’s already won

When at my disposal is the power of the Son

So like a good soldier, I make my retreat to regroup

I check my armor, seal the cracks, and mentally recoup

Then I get up again, and go forth in God’s Spirit to slay

The enemy and his helpers who work to hinder and delay

I will recapture the things which were mine to keep

I will lay claim to victory, again awakened from my sleep

I will cause the balance of the power within to shift

When God gave Christ, His only begotten Son

The spiritual war that rages, is already being won

So fearlessly I raise my sword, the Word from above

And, I go on fighting, empowered by God’s love